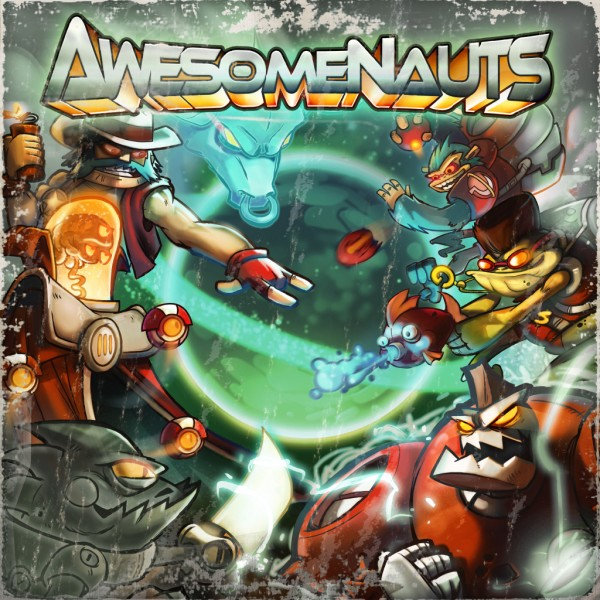 It’s the year 3587, conflict spans the stars. Huge robot armies are locked in an enduring stalemate. In their bid for galactic conquest they call upon the most powerfull group of mercenaries in the universe: the Awesomenauts!
Play as one of several Awesomenauts as you storm the online battlegrounds and unlock loads of new abilities and characters for your arsenal.

SonicPicnic delivered the total audio design for this game, including intergalactic music never heard before on earth and explosive soundeffects!

Every character in the game has his own set of sounds and musical themes: Yuri the spacemonkey, for example, got a Russian propaganda song with a Russian choir, singing ‘Ik want a cookie. Leon Chameleon, the big womanizer, got his own moaning, panting French sex track, and so on. All those character-specific themes are processed in the ingame music. Depending on the character you selected and depending on how well your playing, the music changes during the game.

The soundtrack was released on June 1, 2012 and keeps on growing. It currently consists of many dozens of tracks.

Awesomenauts was released on Steam, Playstation 4 and Xbox One.