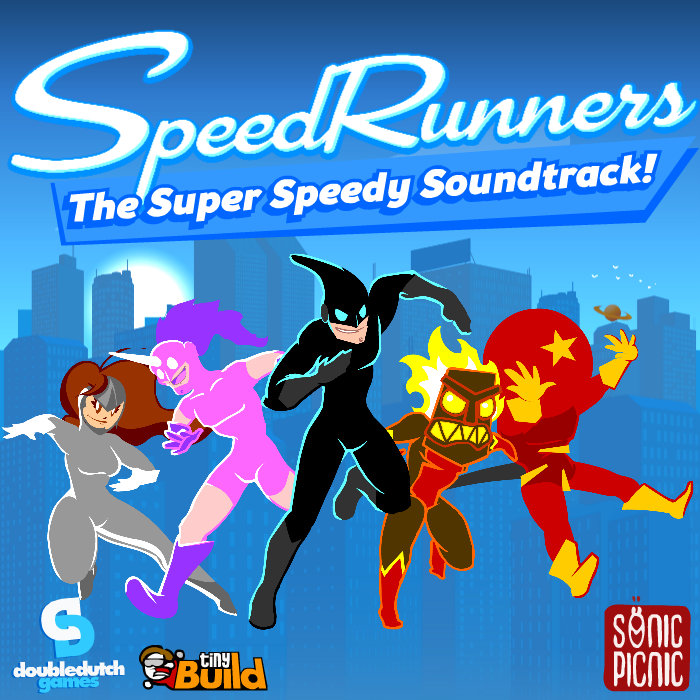 Don your dancing cape and groove to the funky beats of Speedrunners! Four heroes boost, jump and swing their way around the rooftops of New Rush City. Keep up with the fastest runner or fall off screen and get eliminated. Last man running wins.
Get ready for some funky, big band, car-chase-movie, run-for-your-life-music, it's showtime baby!

Includes all music from the original game by Double Dutch.